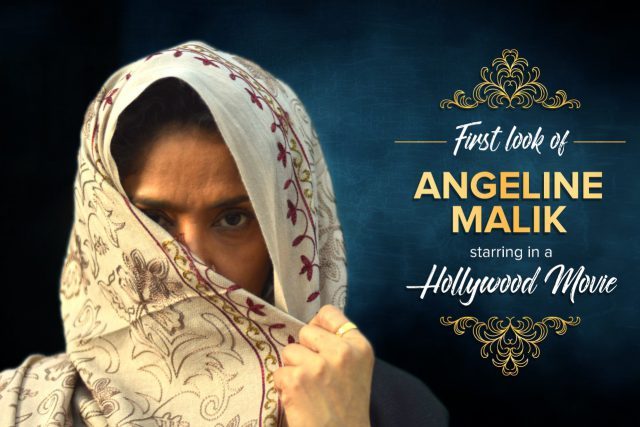 Renowned Tv actress, producer and a great artist Angeline Malik  is doing a Hollywood project , WE got in touch with her, she revealed some details :

The film is based on the concept of Vani or Swara , it is a custom still found in parts of Pakistan where girls, often minors, are given in marriage or servitude to an aggrieved family as compensation to end disputes, often murder. Vani is a form of arranged or forced-child marriage and the result of punishment decided by a council of tribal elders named jirga, it is tied to blood feuds among the different tribes and clans. The laws have declared this practice to be illegal but the custom still continues.
Further more she talked about her character ‘My role is that of a mother who has no choice but to follow that custom to protect her family’

Well we are looking forward Angeline malik in Hollywood movies soon. Our best wishes are with her.

Feroz khan,Hania Amir & Ramsha khan all set to star in...

Dino Ali is all set to do his debut  feature film...

Wahaj Ali & Yumna zaidi are all set to star in...

It’s a fake news about our marriage – Says Eshal Fayyaz

Umair jaswal & Sana Javed are not Getting Married.

Fakhir Mehmood & Haroon are not planning in reunionship !